Senate Concurrent Resolution (SCR) 5 the cruise industry bill, was filed as the Senate companion to House Concurrent Resolution (HCR) 29 by State Representative Todd Hunter during the 82nd Regular Legislative Session. These resolutions were filed as a result of numerous town hall meetings that Rep. Hunter hosted throughout District 32. The most common theme heard at the town hall meetings was, “why has the cruise industry not been expanded to the South Texas coastline?”

The discussion about bringing the cruise industry to the South Texas coast has been on the minds of people for many years. SCR 5 will hopefully bring the cruise ship industry one step closer to recognizing that the South Texas coastline is a great location to open additional ports of departure leaving out of Texas. SCR 5 specifically calls for the Lieutenant Governor and the Speaker of the House of Representatives to provide for a joint interim legislative study to analyze the development of a cruise industry on the Texas coast between Calhoun and Cameron Counties and review its potential economic impact.

By providing a state interim legislative study, the State of Texas can begin to outline not only the benefits of the economic impact that can be generated in South Texas by the development of the cruise industry, but also the benefits South Texas offers to the cruise industry. Using 2010 census data, South Texas is home to more than two million people, and is in close proximity to more than two million people in the San Antonio area and a North Mexico market — which has been virtually untapped by the U.S. cruise industry. At the end of the day, South Texas represents one of the fastest growing regions in the country. Along with the population in South Texas and its surrounding areas, the region offers a robust tourism industry, a wealth of natural resources and three major deep-water ports that could be used to host a cruise line.

As the discussion of the cruise industry in South Texas progresses, Rep. Hunter will keep you informed.  Please do not hesitate to call his offices if you have any questions regarding SCR 5.

Rep. Hunter represents Aransas, Calhoun, Nueces (Part) and San Patricio Counties.  He can be contacted at todd.hunter@house.state.tx.us or at 512-463-0672.

To stay up to date on all the latest, subscribe to our newsletter and we’ll keep you up on the issues.

Another weekly visit with the Veterans Round Table Corpus Christi, thank you for continuing to let us be part of the conversation and share the needs of our local Veterans. 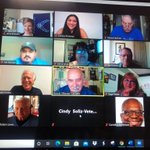 TODAY: Make sure to vote in the joint primary runoff election! Polls will be open 7am-7pm. 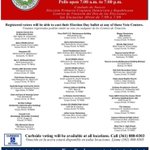